On the way to Nazareth we drove across the coastal plain that used to be mostly swamp and sand dunes. The swamps have been drained by about a hundred years of planting gums – apparently in the early part of the 20th century, someone saw the Turks planting gums along the railway line, to keep it well drained, and applied the same idea to drain the swamps. So as we drove along, we saw stands of eucalyptus within the farmlands and sand dunes.
The road follows the ancient road between the dunes and the swamp, used to either trade or war, by the Mesopotamians, Persians,Egyptians, and through a gap in the hills onto the broad and fertile plain of Jezreel. The gap is Megiddo, or Hamegiddo, the biblical Armageddon where the final battle of good and evil will be fought. 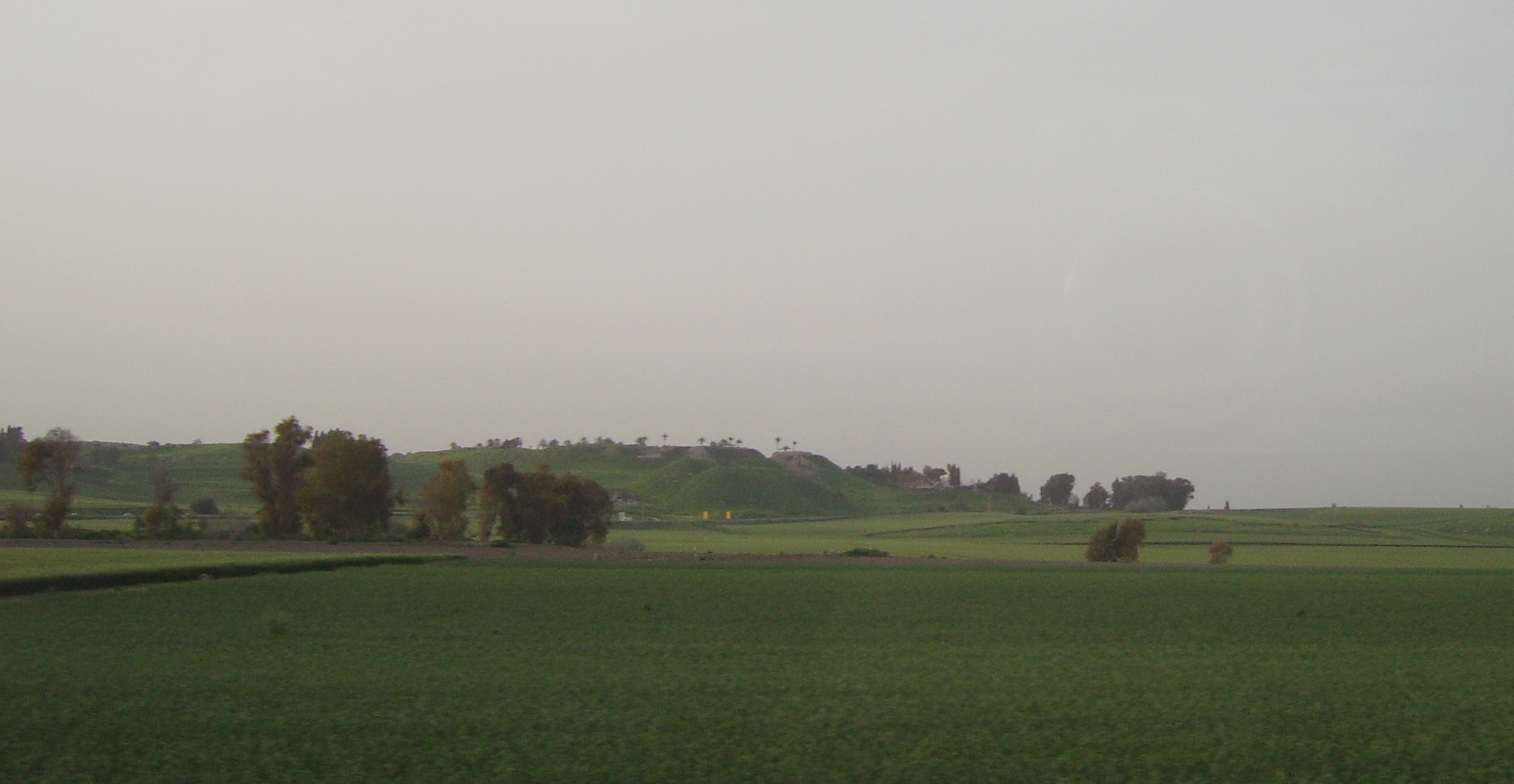 Armageddon from the plain of Jezreel