As that’s the only way to get into the Church of the Nativity in Manger Square. You can see the three doors shrinking with each destruction, and the final one is to prevent Muslim invaders from riding their horses into the church. In the square a mosque and the Bethlehem municipality face the church. 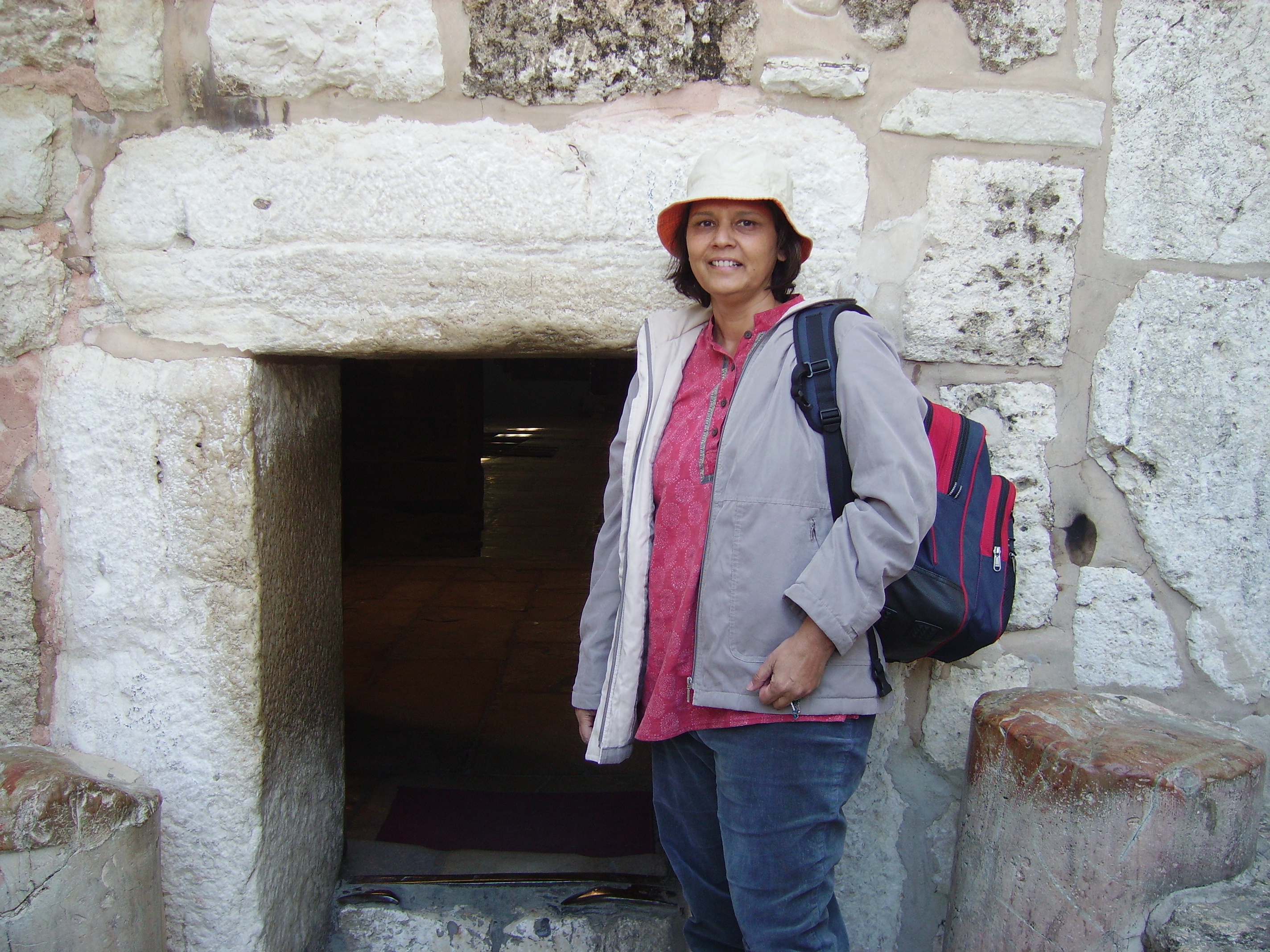 At the door of the Church of the Nativity

Bethlehem is now cut off from Jerusalem by a high wall, so the town is sad and the streets very silent, though there appears to have been a building boom going on for around 2000 years. I’ll upload photos later! But Bethlehem is no longer a village, it’s a suburb of Jerusalem, spread across the hills. In the distance was a funny square hill that is the remains of Herods Summer Palace.

Shepherd’s field Church and grotto, is where we started the tour, after the Palestinian guide joined the tour. Guess what her name was, Gabriela – kinfd of appropriate that she took us to where the angels appeared to the shepherds!

We saw “Rachel wailing for her children”. There was a funeral for a baby going on in the main church of St. Catherine, and the young mother ran screaming up the aisle and wouldn’t be parted from the coffin. I wept for her. We had just that minute come up from the grotto, and the chapel of the Holy Innocents, where the bones of the children killed by Herod are interred.

Lots of kissing going on today, starting with kissing the star in the grotto – on the Greek Orthodox side. We also saw the grotto where St Jerome called Heironymus translated the Hebrew into the Latin Vulgate. Now we know what Kay’s surname really means! ( er dialecters will get the reference!