The Garden of Gethsemane

The entrance is from the side, in a steep and narrow lane that winds steeply uphill on the Mount of Olives. This was the site of the original church, just one pillar remains after repeated destruction by sundry muslim hordes..kind of same thing again and again.. 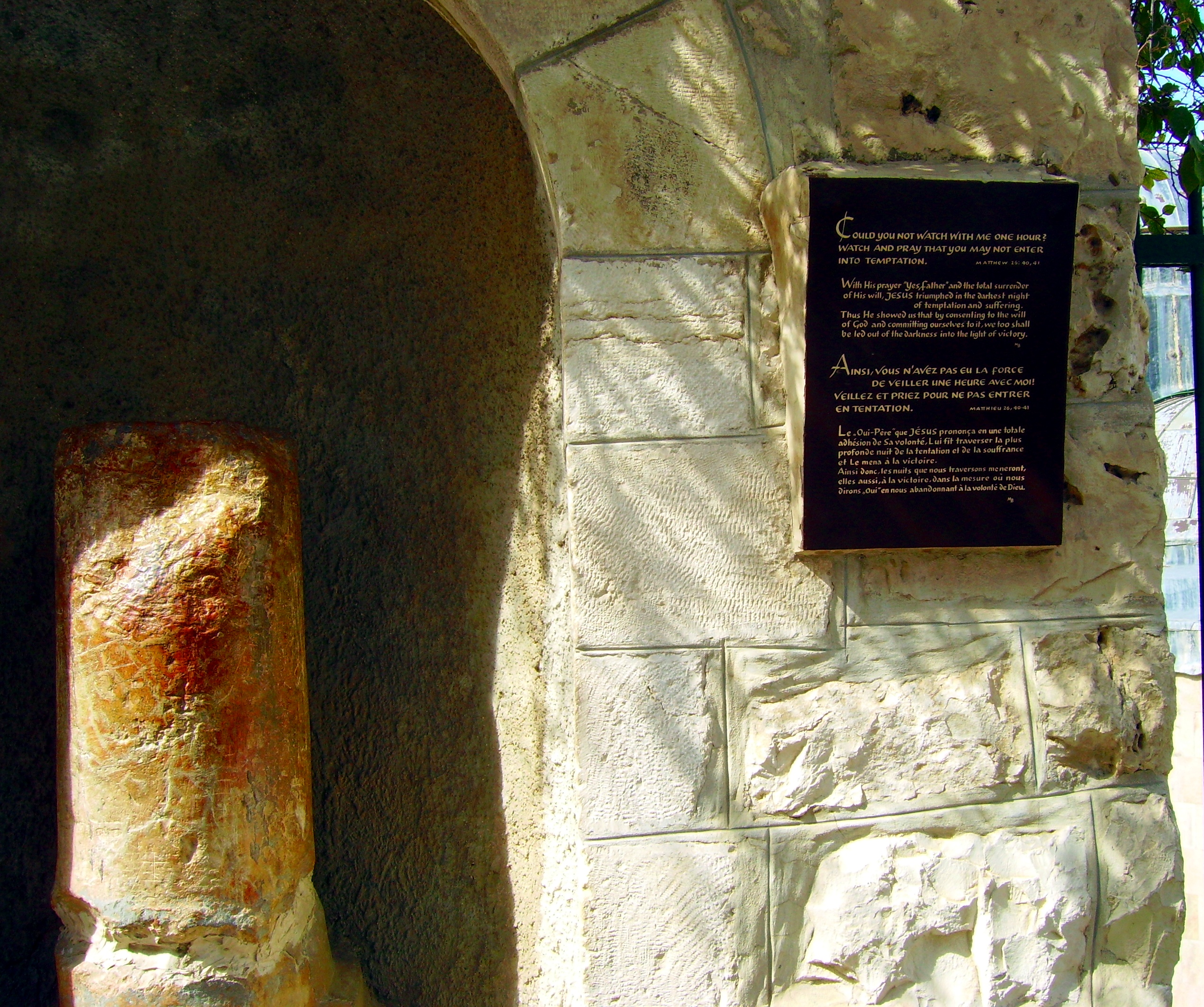 The stump of the column of the original church

This column puzzled me, as I wondered what a column was doing in garden so I did some post-research and found this information
“the stump of a column fitted in a wall pointed out to the native Christians the place where Jesus prayed on the eve of his Passion. The foundations of the ancient Church of the Agony were discovered behind this wall.”
There is actually a garden here, though not much of it is open. It is not possible to walk among the ancient olive trees.Gethsemeni means Oil Press -( seemen is oil – its also the name for kerosene oil in Urdu- the word has travelled a long way to India!- I used to wonder at the strangeness of this word!!) 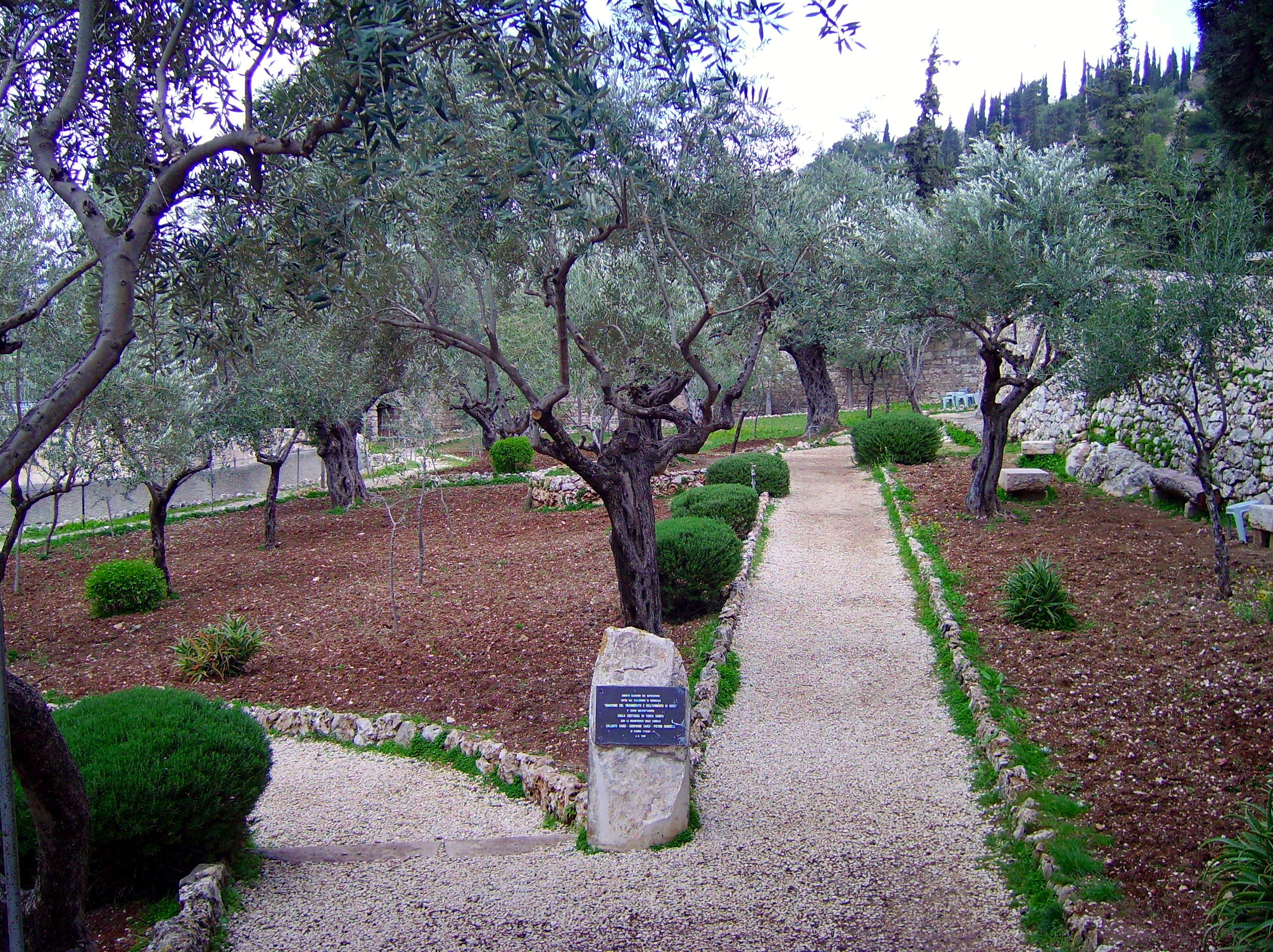 Paths in the Garden of Gethsemane

Once you get into the gate, this is at the side of the church. The olive trees are really ancient, and could well be 2000 years old. Or at least, these ones could be 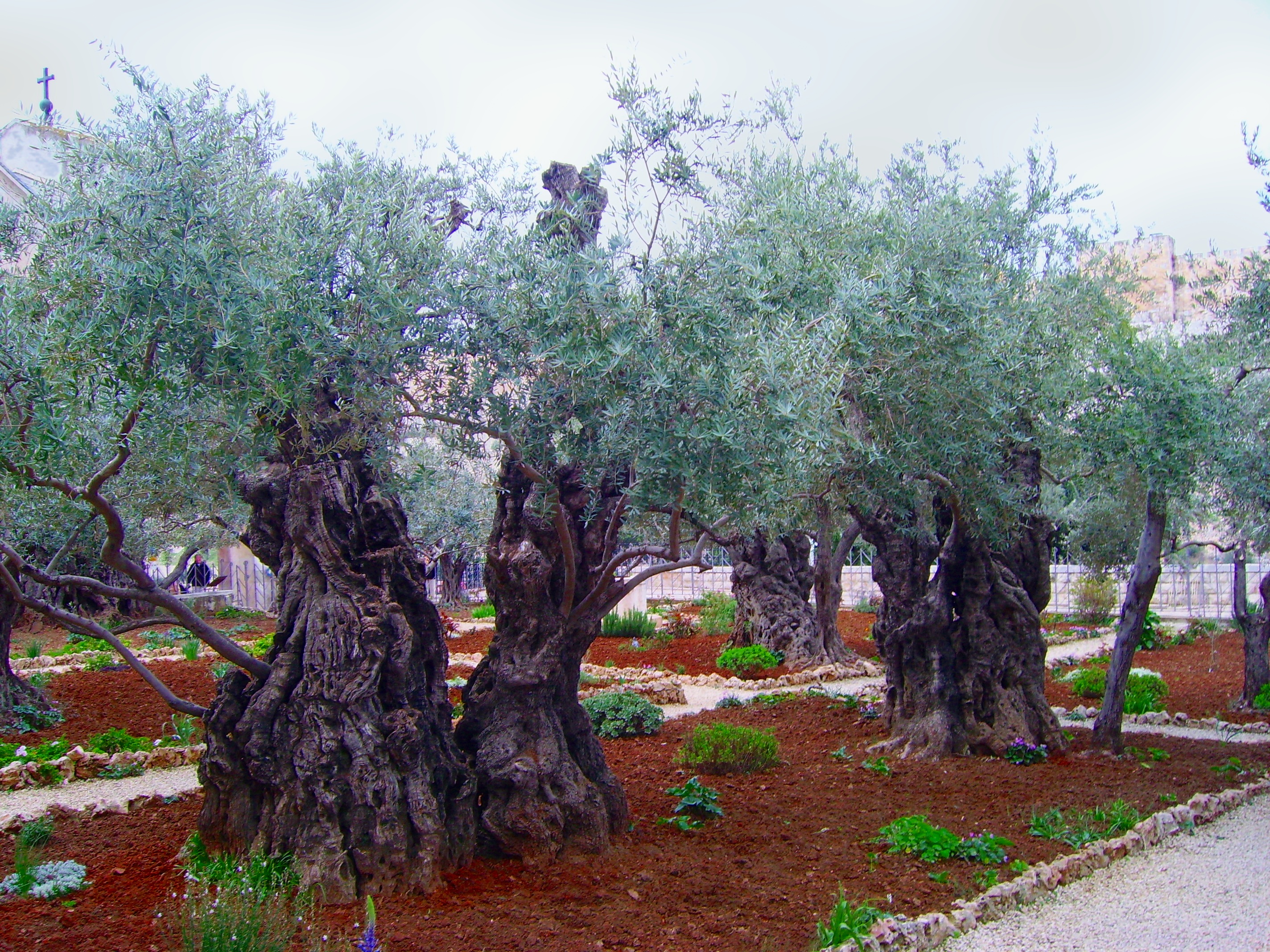