I was in a hotel by the sea, with ocean views! At first I was disappointed with the flatness of the Mediterranean – for a sea so fabled in tale and art, it was acutely disappointing. But after a couple of days, a wind came up, and then there were some waves. 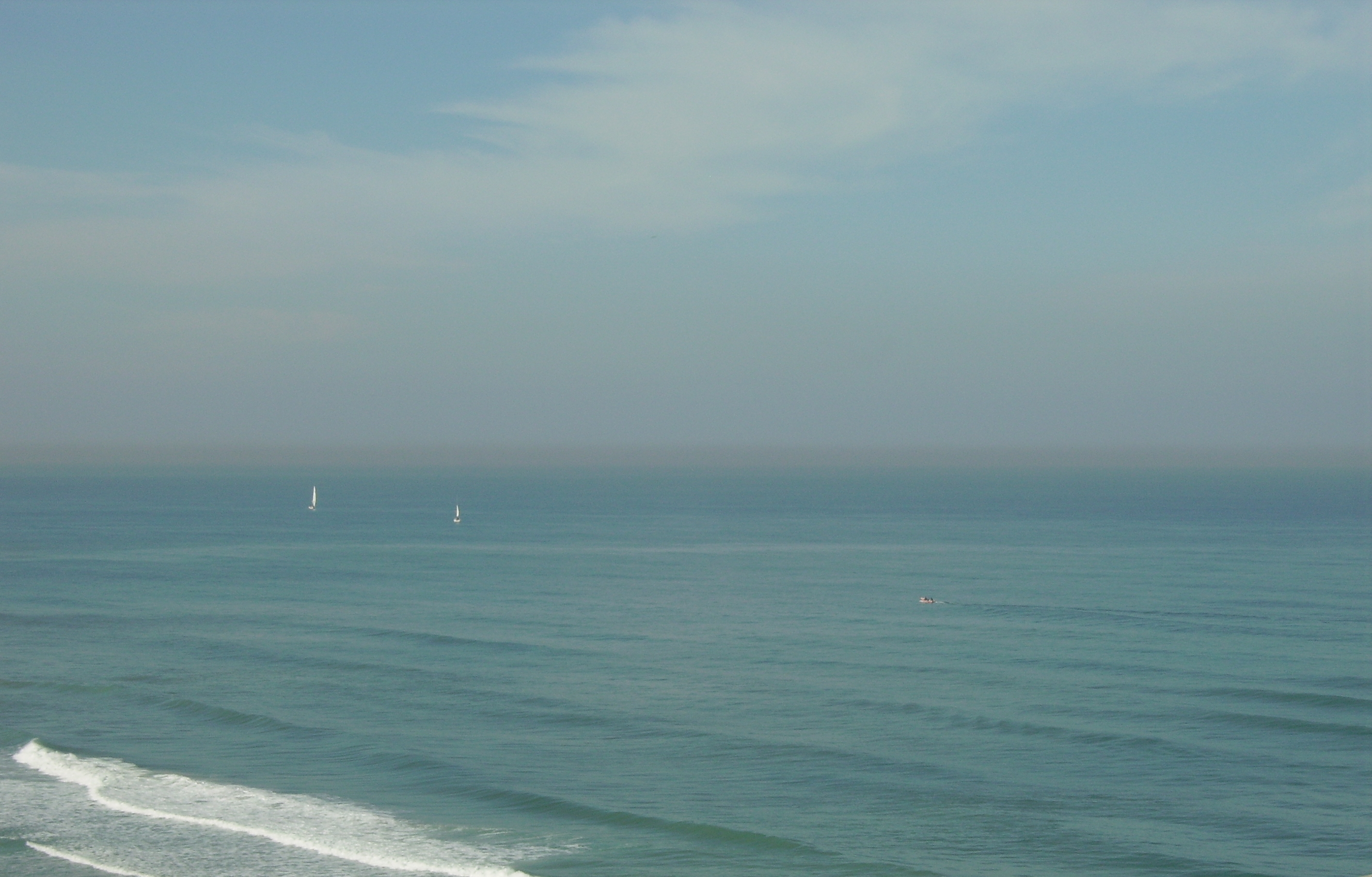 The joys of jet lag meant that for some days I was waking very early, and decided to walk on the beach. So off I went with my flip flops..to get a few strange looks on the way, there was a gate opening directly onto the beach – but..it was a fairly steep walk down to a rather stony beach…so taking off ones slippers wasn’t too good an idea. Well, one learns! The narrow strip of beach was in danger of being obliterated by the incoming tide, and on the other side was a cliff, with interesting strata, and a warning notice.. 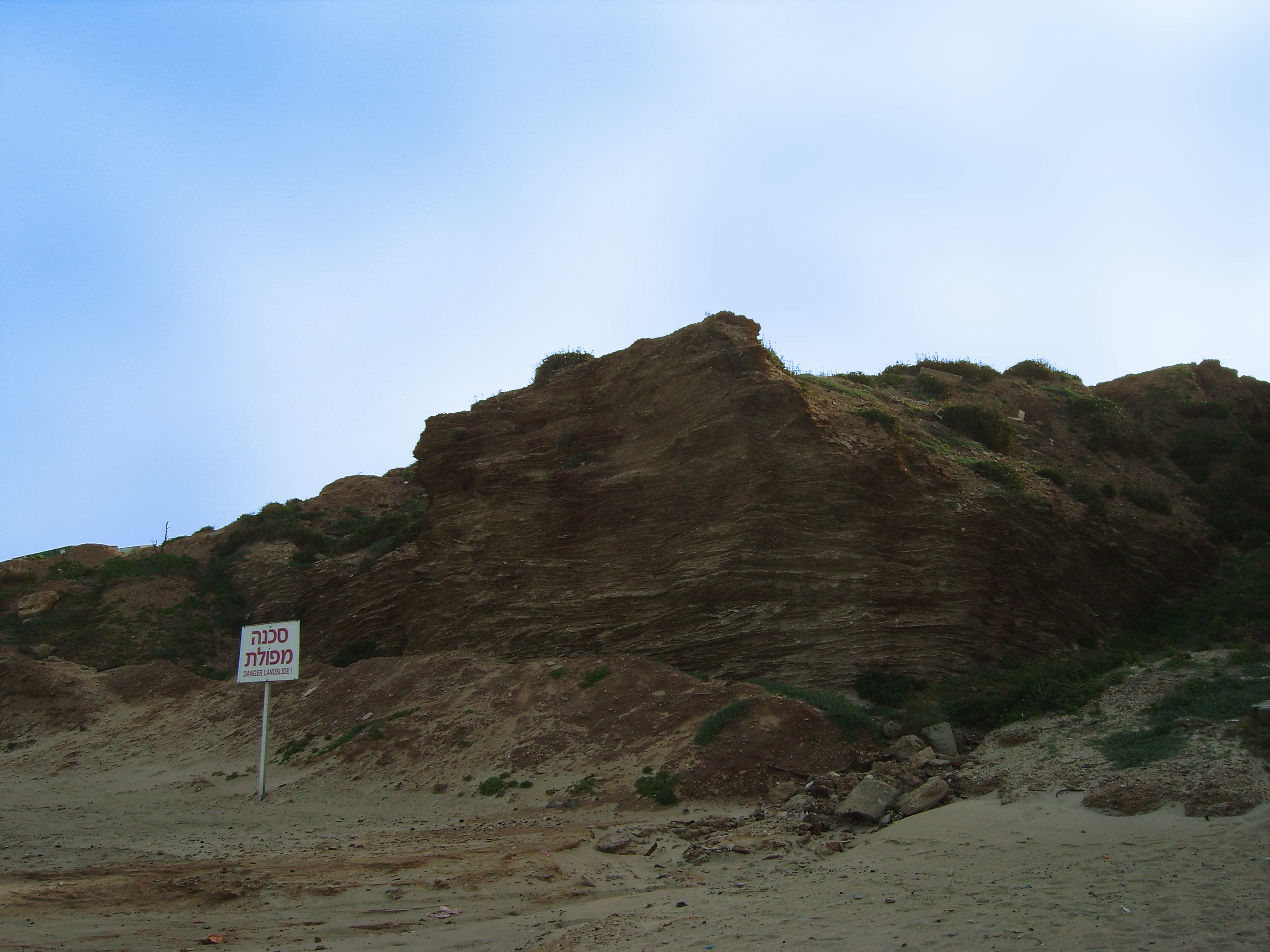 To be felled by a landslide while walking on a beach in Herzliyya – what an ignomious end that would be – fortunately no land slides occurred and I was able to tread between cliff and lapping waves and get back to the hotel well in time for breakfast. The next time I wore my trainers like the Israelis pounding up and down on grim fitness regimes.