The Solitary Reaper at Sari

“Behold her, single in the field,
Yon solitary Highland Lass!
Reaping and singing by herself;
Stop here, or gently pass!
Alone she cuts and binds the grain,
And sings a melancholy strain;
O listen! for the Vale profound
Is overflowing with the sound.”

The village far below is Sari, the roadhead for Devariyatal. This picture is some 4 kms and 1000m above it. We were trekking for adventure when we heard the magical sound of a Garhwali sound floating through the pure Himalayan air.  We stopped entranced, and found the singer half hidden in the long grasses she was harvesting for hay.

Look for her in the centre of the picture, just to the right of the outcrop of rock! I was constantly overcome with admiration for these hill women, scooting up vertiginous slopes, cutting the grass, and then walking casually down the near vertical slopes balancing huge stacks of hay. I didn’t want her to stop singing, but she must have sensed us, and she stood erect and gazed back at us. yes, she did wave back!

That holiday and trek was over too quickly, but this was one of the most beautiful moments, and “the music in my hear I bore, long after it was heard no more.”

Read William Wordsworth’s poem here, it seems so apposite for this moment.

One of the best parts of the trek and journey was the endlessly unfolding vistas of far villages and fields, that seemed like magical realms from afar.

This was in mid December, and in the morning, there was a light spattering of snow on the ground and on our tents, but when the sun rose, it was crisp and pleasant, and as we walked we had to shed layers.  As a counterpoint to the highland lass, here we are solemnly trekking along a rather nice track, though it was pretty steep, complete with trekking sticks. It’s about 10 am and we’re walking through the oak and rhododendron forests on the way to Chopda from Devariyatal with Pawan and others from the inestimable White Magic. 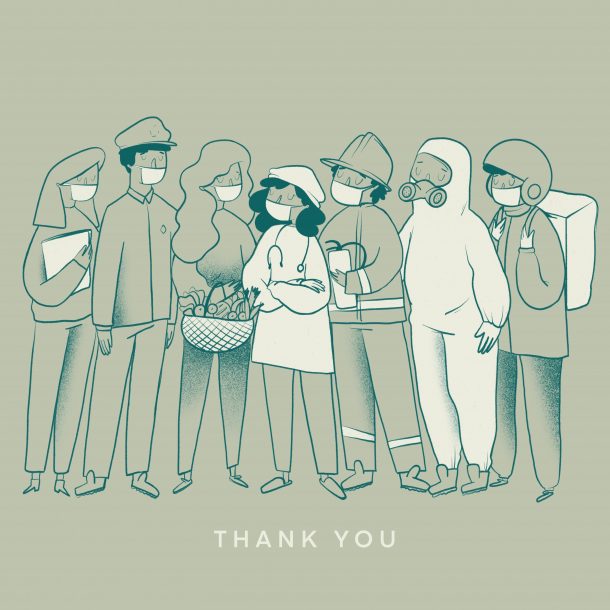 Things you should know about safer hiking

If you intend to walk in 2020 be aware of how things have changed. I've created a couple of checklists/guides for you, depending on whether you want to walk the Camino or hike the Himalayas.